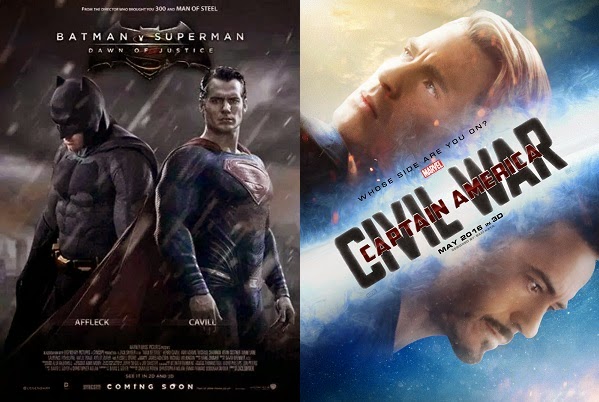 Face Front, True Believers! You can really hear the screwdrivers kicking in as Illegal Machine and Diabolu Frank slur their way through 2016's bout between Batman v Superman: Dawn of Justice and Captain America: Civil War! Straight edge Mister Fixit joins in during a second sober session at 23:19. Next, dated film material recorded on our original ghetto rig, because as we proved last week, we don't throw much of anything out. The case in favor of heavy editing begins at 33:09 with Sony Spider-Man talk (and if you want to do one of those Marvel Omnibus cuts, this would be seated right after the Daredevil discussion featured in the extended Sub-Mariner section from the 2014 Annual-- Rascally Roy!) Then we talk about Batman v Superman some more, but in the past, like a flashback! Ooo, temporal paradox! 41:39 brings us to the Josh Trank Fantastic Four flick. Plus, s'more Ant-Man, with references to X-Men and Batman throughout this back matter! 59:40 sees a truncated Mitey Marvel Mail Bag, and of course, a stinger for this shaggy dog episode! Excelsior!

@rolledspine Bought from $1 box. You made me this way! pic.twitter.com/4S37scDjvI

Posted by Rolled Spine Podcasts at 12:44 AM