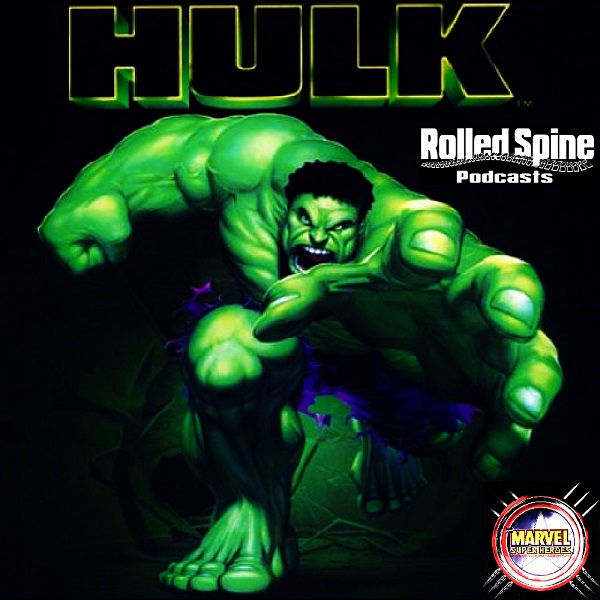 Face Front, True Believer! The first Universal Pictures Marvel movie since Howard the Duck in 1986 (and the last before Marvel Studios took hold) gets covered as the perhaps no-so-incredible Ang Lee Hulk film gets a reevaluation by Mister Fixit, Illegal Machine and Diabolu Frank! Which is the worst Hulk pic? Perhaps the one starring Troy's third lead after Garrett Hedlund, Spider-Man's Suit Lady, and the cowboy dude (not "The Dude") from The Big Lebowski? One of us liked it way more than the general consensus, but you'll have to listen to find out who... Excelsior!

Was my favorite . I know you can't compare w animation. Hopefully marvel will come out w new Hulk movie in future. pic.twitter.com/viXCWxQFwo

Posted by Rolled Spine Podcasts at 1:12 AM