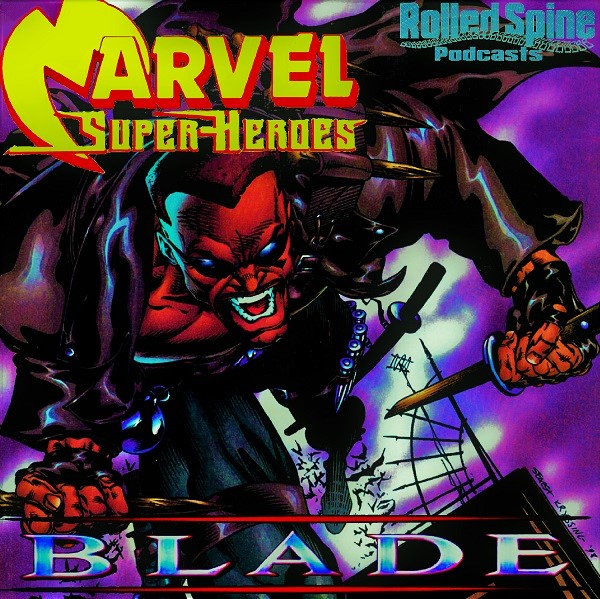 Face Front, True Believers! We've been celebrating the tenth anniversary of Marvel Studios this year, but it's been double that time since the movie that made all that possible, and Illegal Machine, Mr. Fix-It & Diabolu Frank are here to honor Stephen Norrington's Blade! One of the single most important comic book flicks ever, Blade broke the "Marvel Curse" of movies that were economic and critical failures, it was their first cinematic franchise, their first film with African-American leads, and it's also frickin' wicked! Return with us to the days when Wesley Snipes was the proto-Robert Downey Jr., Kris Kristofferson was The Rhodey, Stephen Dorff was, uh, sorta-Stane and I guess Happy Hogan was the dude from Grounded For Life? Look, we're stretching here, but seriously, Blade taught Singer's X-Men how to dress and screenwriter David Goyer was the dude that later got tapped to de-Schumacher Batman. It all starter with the Vampire Slayer Hunter! Excelsior!

Posted by Rolled Spine Podcasts at 12:54 AM