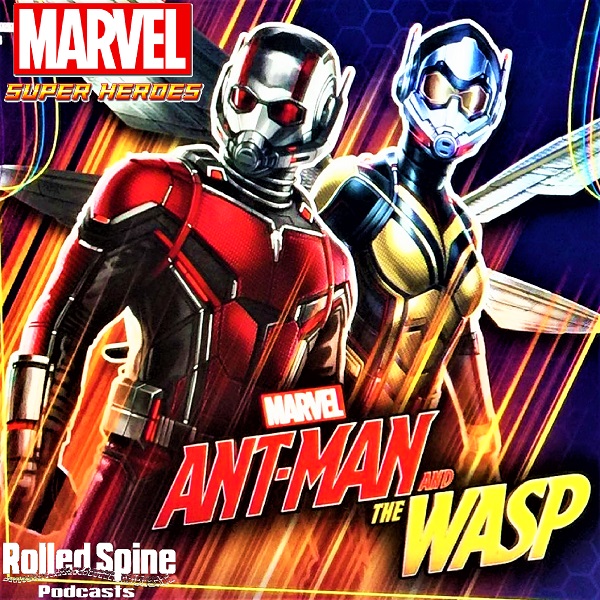 Face Front, True Believers! This episode Illegal Machine, Mr. Fix-It & Diabolu Frank discuss that movie that comes between the two Avengers movies you were dying to see that isn't the one you're really excited about that stars the first female headliner in a movie, but instead that sequel to the tepid closer of Phase Two with a second-billed female co-star! Pioneering! Revisit Paul Rudd, Evangeline Lilly, Michael Douglas, and basically every single minor character from the first movie plus better than half a dozen new characters that largely replicate the roles served by those remaindered characters from the first movie to unquestionably diminishing returns! Oh, and like five more meandering Luis stories, as if the joke wasn't completely played out by the stinger in 2015! Excelsior?

@rolledspine on tv!
I like Connelly and Elliot. Action sequences are cool. Get tired of 'panels'. Nolte and Bana suck the air out of the room. pic.twitter.com/1v1bRN4zOu

Posted by Rolled Spine Podcasts at 12:41 AM No comments: