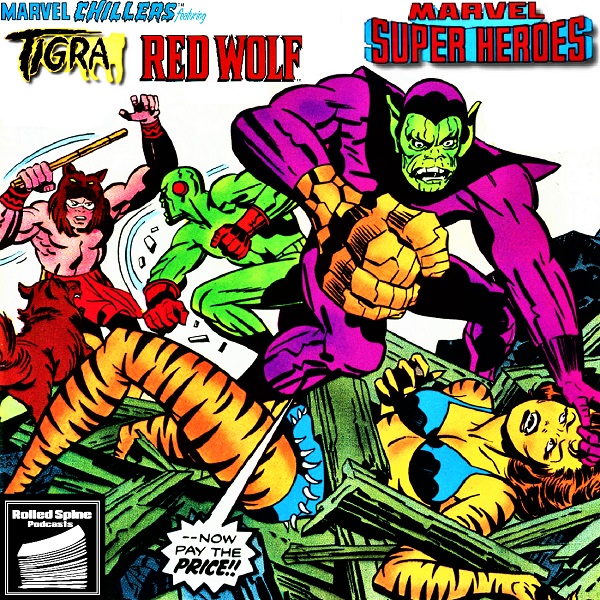 Greer Grant Nelson Podlist Face Front, True Believer! From deep in the annals of the #MarvelSHP library comes a recording session from 2015 between Diabolu Frank & Illegal Machine on the Were-Woman! After nearly three years of trying to realize The Coming of Red Wolf, now the story of The Indian Avenger of the Western Plains' team-up with The Feline Fury can finally be told! Slot this edition in your back issue bins between segments from episode #62, as illustrated by a brief gallery of flashback clips of Dr. Anj & Mr. Fixit! Also, Count Drunkula manages a "pre-title sequence" cameo where we briefly talk Marvel's Native & Latinx heroes and... Bravestar?!? But the core of the episode covers Tigra's five issue stint as the star of Marvel Chillers, specifically #3 & 5-7 by Tony Isabella, Will Meugniot, John Byrne, George Tuska, & Jim Shooter! The Tigra Tracks trail toward a brief Mighty Marvel Mail Bag covering Red Wolf's earlier episode! Excelsior!


Hey, I know that dude ... Check it out. pic.twitter.com/mqtKQNcjTj

DC totally stole this look for the prehistoric Batman in Morrison's "Return of Bruce Wayne". pic.twitter.com/3VZ3xaACeu

As you can tell, we love a fierce conversation, so why don't you socialize with us, either by leaving a comment on this page or...